Mission accomplished is most probably what Team Switzerland have on their minds after Saturday’s Final of the #CEVContinentalCup as they emerged victorious at 2-1 in the tie vs the Netherlands after a thrilling Golden match. Team Heidrich/Gerson are the heroes for their country, as on the last day of action at the Scheveningen Beach Stadium, they did the job right, seizing two victories, thus securing the coveted Olympic ticket. As announced earlier this week, it will be this team who will fly to Tokyo, so the stakes for them were even higher. Showing mental toughness in both their rubbers, Heidrich and Gerson first won over De Groot/Boermans, to later grab the victory over Varenhorst/Penninga. “We were on fire! The difference from the second to the third set was that we made fewer mistakes on serve. The atmosphere here was so nice, the Dutch always give their best! After such a long break without public, it seemed almost the Old Normal. Now, we have three weeks before going to Tokyo. We didn’t make plans, we first wanted to secure the Olympic spot. We will for sure play at Gstaad.”

Switzerland took the lead in the first set, pushing hard in all the elements. The Dutch players came back in the second one, while Heidrich/Gerson were struggling on the serve, thus allowing Varenhorst/Penninga to better organise their game.

It was the Swiss team that started better in the decisive third set, with Heidrich’s good play on the net and an ace by Gerson for 4-0. Supported by their fans, the Dutch speeded up and got closer to the score, showing also good play in defence, but Heidrich was impeccable on the block, while Gerson put an end to the discussion with an attack for the 15th point.

“I am so thankful for having played at this amazing tournament! I learn a lot from such matches. I am sad because we couldn’t secure the Olympic spot, but my personal goals include, of course, fighting again for such a ticket in the future.” 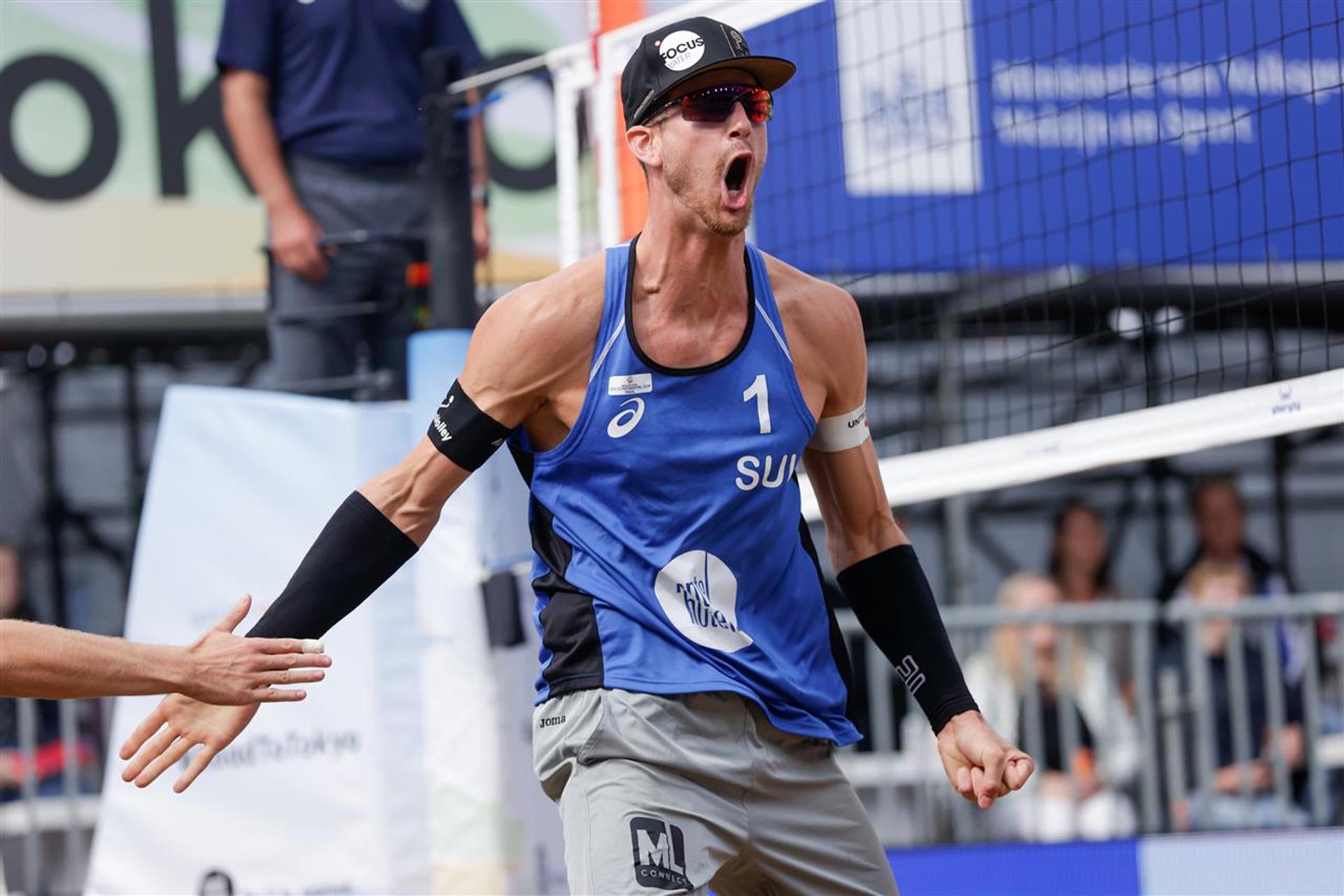 The Swiss team started slightly better, but the Dutch tied the score at 7-7 thanks to some good performance on the block. Heidrich made it difficult on the serve, and overall team Heidrich and Gerson were working as a well-oiled machine, emerging victorious. None of the teams were giving up in the beginning of the second set, following each other in the result, with the Dutch players taking the lead at 9-7 after a sharp spike by Yorick de Groot and an ace by Boermans. Chasing in the result for the first time in the match, the Swiss seemed to have lost their rhythm for a while, but Adrian Heidrich on block brought back the confidence on his side of the court.

It was a close call in the beginning of the match but with the result being 11-11, two aces in a row by Christiaan Varenhorst made the difference for the Dutch team. The battle continued with some exciting rallies, and although Krattiger and Breer tried to respond, Varenhorst and Penninga turned out to be too strong. Inspired by their fans, the Dutch duo started much better in the second set as well, pushing on the serve and controlling the game, claiming an advantage that they eventually kept until the end of the set.