A dream come true! The Netherlands will compete at Tokyo 2020

In what can be called “a thunder day” in The Hague, a dream came true for the home team of the Netherlands, who booked their spot in the women’s Beach Volleyball tournament of the Tokyo 2020 Olympics.  Where the last available Olympic ticket went, was decided after a Golden match, as the teams competing on the last day of action at the Scheveningen Beach Stadium showed real fighting spirit until the very last moment. “I think that what we did on the court is to do our job well, especially in the last set when we came back. We are so young and we did it so good here in the tournament against world top teams!”

In the decisive third rubber, the Dutch Schoon/Stam locked horns with the Russian Bocharova/Voronina, and emerged victorious at 2-1 after a thrilling final game, taking the first set but then losing in the second. They also started worse in the decisive tie-break, but found the strength to come back from 5 points behind, and with strong serve and block, secured the spot at the Olympics.

On Sunday, a match between the two Dutch teams will take place to decide who will go to the Olympic Games - if this is the case for team Schoon/Stam, Raisa Schoon could follow in the footsteps of her mother Debora Schoon-Kadijk, who represented the NED at the 1996 and 2000 Olympics in Atlanta and Sydney, respectively.

“The atmosphere here at the stadium was amazing. The feeling that our fans gave us, was as if we were playing with an additional player on the court. Tomorrow, we play our compatriots for the actual ticket to Tokyo 2020, and if we go, it would mean a lot!” 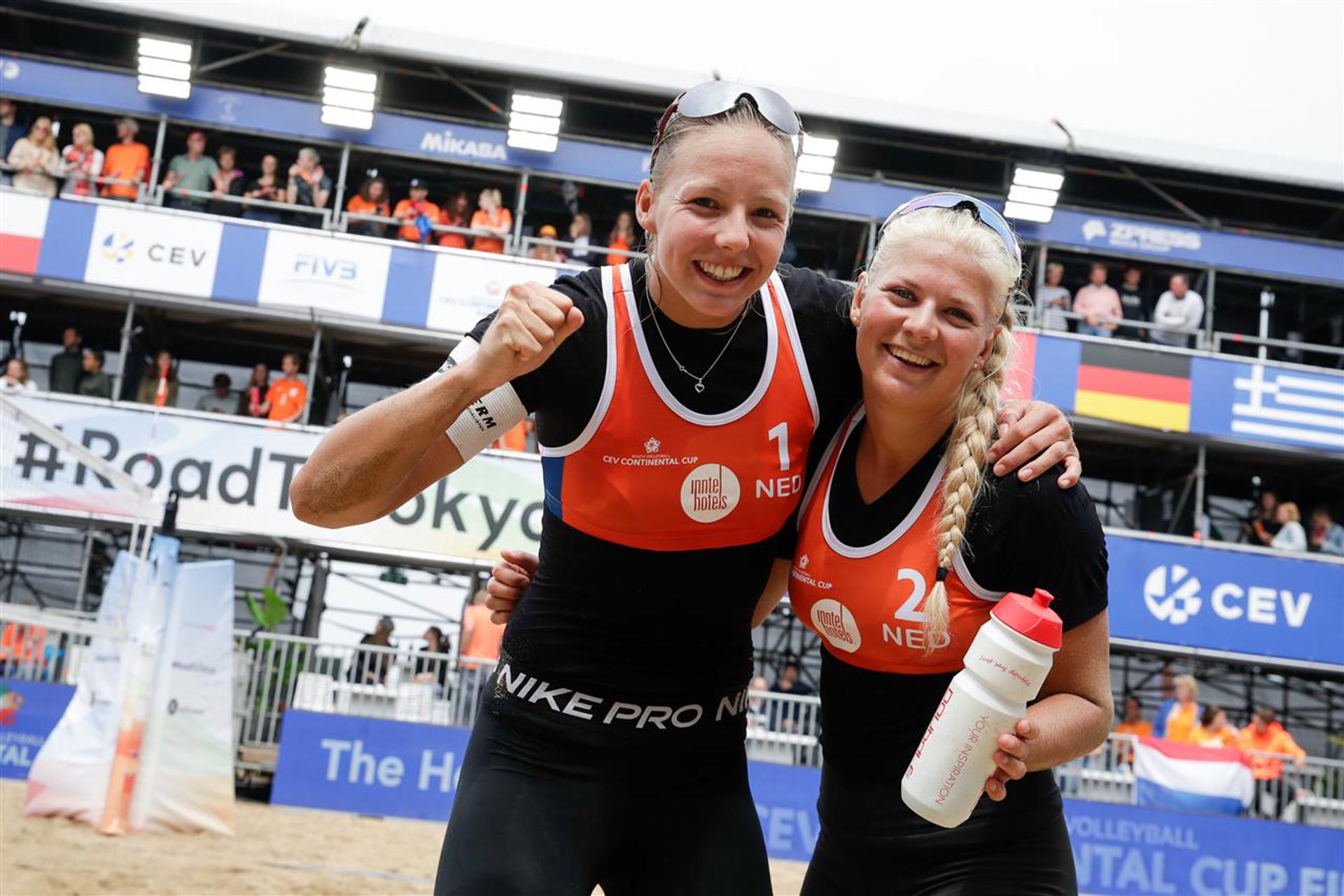 Bocharova/Voronina outclassed with no problems van Iersel/Ypma as only in the first moments of the match were the Dutch putting some pressure on the opponents.  However, Bocharova/Voronina easily took the lead at 7-4. While van Iersel/Ypma were “warming up” to find their rhythm, struggling with some errors on the serve, the Russian players kept calm. In the second set, the Russians stormed out leading 5-0 in the beginning, but the Dutch pushed on the serve. Van Iersel/Ypma tried to get closer, this time becoming the serve their strongest element. However, the young Russians managed to resist and took an all-important victory.

Winners of the Golden match vs Norway, Schoon and Stam entered the court inspired, and although in the beginning of the first set it seemed like there would have been a cat-and-mouse game (7-7), with the set unfolding, the Dutch built up a comfortable point difference to eventually emerge victorious. Speeding up in the second set, the Dutch duo was unstoppable, showing also smart play in the decisive balls. The Russian players, on the other hand, struggled to find their rhythm, and couldn’t come back.